COBB is excited to announce immediate support for the 2013 Subaru STI, WRX and Forester XT models! Owners of the latest high-performance Subarus can now attain the same level of power and control with the AccessPORT as enjoyed by previous model year owners. Our AccessTUNER software has also been updated to allow custom tuning of the 2013 STI, WRX and FXT by both professional tuners and DIY tuners alike. Read on for more details about the work COBB Tuning is doing to make sure the AccessPORT is the most comprehensive tuning solution for Subaru performance enthusiasts.

2013 Subaru STI, WRX and FXT AccessPORTs are available for purchase now and come preloaded with performance-enhancing Stage1 and Stage2 maps to get new users up and running quickly with the push of a button. The AccessPORT also comes preloaded with our unique Non-Performance maps for fuel economy, valet parking and anti-theft to help protect your wallet and your investment.

Our pre-loaded Off-The-Shelf maps for the 2013 STI include a number of large and small refinements thanks to additional calibration tables now defined within AccessTUNER Pro and Race. The most significant mapping change is the introduction of “Triple Boost Select”, which now allows for independent boost targeting/control in “I”, “S” and “S#” SI-Drive Modes. Factory logic that previously caused an automatic transition from “I” to “S” mode during aggressive driving has been identified and eliminated. Throttle response in “I” and “S” modes has been refined to provide better take-off and low-speed drivability behaviors, a frequent complaint area for stock 2008-2013 STI owners. The AccessPORT for 2013 STI puts more control and flexibility into the driver’s hands than ever before!

The 2013 Subaru STI, WRX and FXT AccessPORTs come equipped with all of the same features released on previous versions, including Launch Control, Flat Foot Shift, Speed Density support, Real-Time Tuning, Performance Measurement, DTC Scanning/Clearing, and Live Data and Datalogging of over 100 ECU monitors. A full list of AP-SUB-003 enhancements is available in the AP-SUB-003 AccessPORT Firmware Release Notes. All late-model (V2 and V2b) Subaru AccessPORTs (Part Number: AP-SUB-003) can be updated for free to support 2013 vehicles with a simple firmware upgrade to version 1.6.7.0-5135 or later.

The AccessTUNER Race and AccessTUNER Pro tuning software packages have been carefully updated to fully support the 2013 Subaru STI, WRX and FXT for USDM markets. 2013 owners can bring their cars to a professional tuner for a custom tune to maximize power output. Experienced self-tuners can download a free copy of AccessTUNER Race and make modifications to their own calibrations. All software users have access to our extensive database of Off-The-Shelf maps, which serve as excellent starting points for your custom tunes. Existing AccessTUNER users can update their existing software to the latest version following these Step-By-Step Software Update Instructions. New AccessTUNER Race users can acquire their copy of the software by filling out the AccessTUNER Race Request Form.

Additionally, this release includes AccessTUNER Pro-only support for many recent Japanese Domestic Market (JDM) turbocharged Subaru vehicles, which are supported by the AccessPORT in their native market via collaboration with Prova. Any currently-licensed member of our Subaru professional tuning network may perform a custom tune on these vehicles; only Prova-supplied AccessPORTs are compatible with these vehicles. This release also includes minor bug fixes and usability improvements.

Follow this Step-By-Step AccessPORT Firmware Update Guide to quickly and easily update the firmware on your AccessPORT.

Follow this Step-By-Step AccessTUNER Software Update Guide to update your software to the latest release.

To learn more about the AccessPORT for the 2013 Subaru STI, WRX and FXT, or to get answers to any questions you may have regarding COBB Tuning products, please contact our Customer Support Team using our Live Chat feature at www.cobbtuning.com or via phone at 866-922-3059.

Hey I was looking on your website and I found a stage 1 intake and stage 2 exhaust? I has wondering if y’all made a stage 3 that came with both and if you do I was wondering if it came with a tune or if I’d have to come down there (about 500 miles away) I have a 2013 wrx hatch.

For each Stage of mapping, we offer + intake variants. For example Stage 1+SF and Stage 2+SF are both intake maps, the only difference being one has a full turbo back exhaust and the other (Stage 1) does not. We also do custom tuning at all of our Retail Locations or you can find a local tuner using the Tuners link on our website.

Are there any plans to add the live map switching to the wrx/sti 2013 models in the near future?

Using Realtime map changes, you can change maps within seconds for varying boost levels. In the STI, you can also do this using the SI drive!

Hello I have an 2012 automatic 5 speed Subaru WRX STI and I want to order an AccessPORT, is there a tuning map that supports the automatic trans?

I have a 2013 STi with an SPT cat-back, COBB SF Intake and box, and the Accessport. I have the stage1+SF 93 map flashed. (There is no 91 around me so I use 93) Since I commute a fair distance I tried the stage1+SF 91 economy map and I seemed to get less mpg’s on the highway, which would seem to defeat the purpose of economy.. Should it be getting less mileage running 93 on a 91 economy map at highway speed? Any suggestions?

The economy mode map essentially turns off boost control to aid in getting better MPG, but it really comes down to how much you use your right foot! While cruising, the car is running as efficiently as possible, so there aren’t major gains to be made with fueling. It is possible that depending on terrain, conditions, etc. that it requires more throttle input to achieve the same passing speeds, and this could lead to more fuel usage.

Just got my 13 STI 5-door. I’m new to this but was planning on purchase of access port from you, however I get discounted rates for SPT Products. Will access port work just as good if I use SPT intake and exhaust. Also I commute with the car so fuel economy is a concern, I understand that it’s up to my right foot, but what if the car was driven same way, how much mpg do you lose. I also read forum that had power and improved gas mileage is this possible?

Andrew, you should be able to use the SPT catback exhaust along with our Accessport OTS maps without any issues. Unfortunately we do not have any OTS maps that are calibrated for the SPT intake system so if you chose to use one you would need to have the car custom tuned by one of our Protuners. As far as gas mileage – it’s not uncommon to see a small bump in fuel mileage even with a tune calibrated for more power. We do also offer Economy OTS maps for Subarus which can help promote better fuel economy. Of course, as you mentioned, it really does all come down to controlling that right foot. ;) – Marshall@COBB

If you go through the Uninstall process it completely removes our programming and returns the ECU to the exact state it was in prior to installation. As far as we know, previous installations are not detectable at the dealership level. – Marshall@COBB

I bought a v2b accesport not knowing that it dos not support the Japanese model Subaru wrx 2002 gda jdm can I exchange it for somting els ? im so disappointed

Quincy, did you purchase the Accessport directly from us? If so, contact our CSR team @ 1-866-922-3059 or support@cobbtuning.com and they’ll be able to take care of you! – Marshall@COBB

Anthony, there is absolutely no issue in using an octane level that is higher than required per the map notes. You would have no issues running 93 octane fuel while using 91 octane maps. – Marshall@COBB

Our Subaru Accessports are currently only compatible with USDM vehicles. It will not be able to identify a JDM model STI. Sorry for the bad news!

Hello I have a 2013 WRX with k&N INTAKE INVIDIA CATLESS DOWNPIPE AND CATBACK. I PURCHASED THE COBB ACESS PORT V3 WHICH ONE OF THE PRELOADED MAP SHOULD I USE.

Are you using a K&N replacement panel filter or the full K&N intake? We unfortunately do not have an OTS map available that will be compatible with the K&N Intake. You may be able to slightly tweak one of our OTS maps using our Accesstuner Race software to ensure proper fuel trims.

Maybe a dumb question but bought my Subaru WRX here in Canada. I assume the accessports will work?

Yes, the Subaru Accessports are compatible with all North American Subarus!

Our OTS maps are generally better suited for downpipes with high flow catalytic converters. Cars that are using a race style downpipe typically suffer from over boosting which cannot be accounted for in tuning alone. 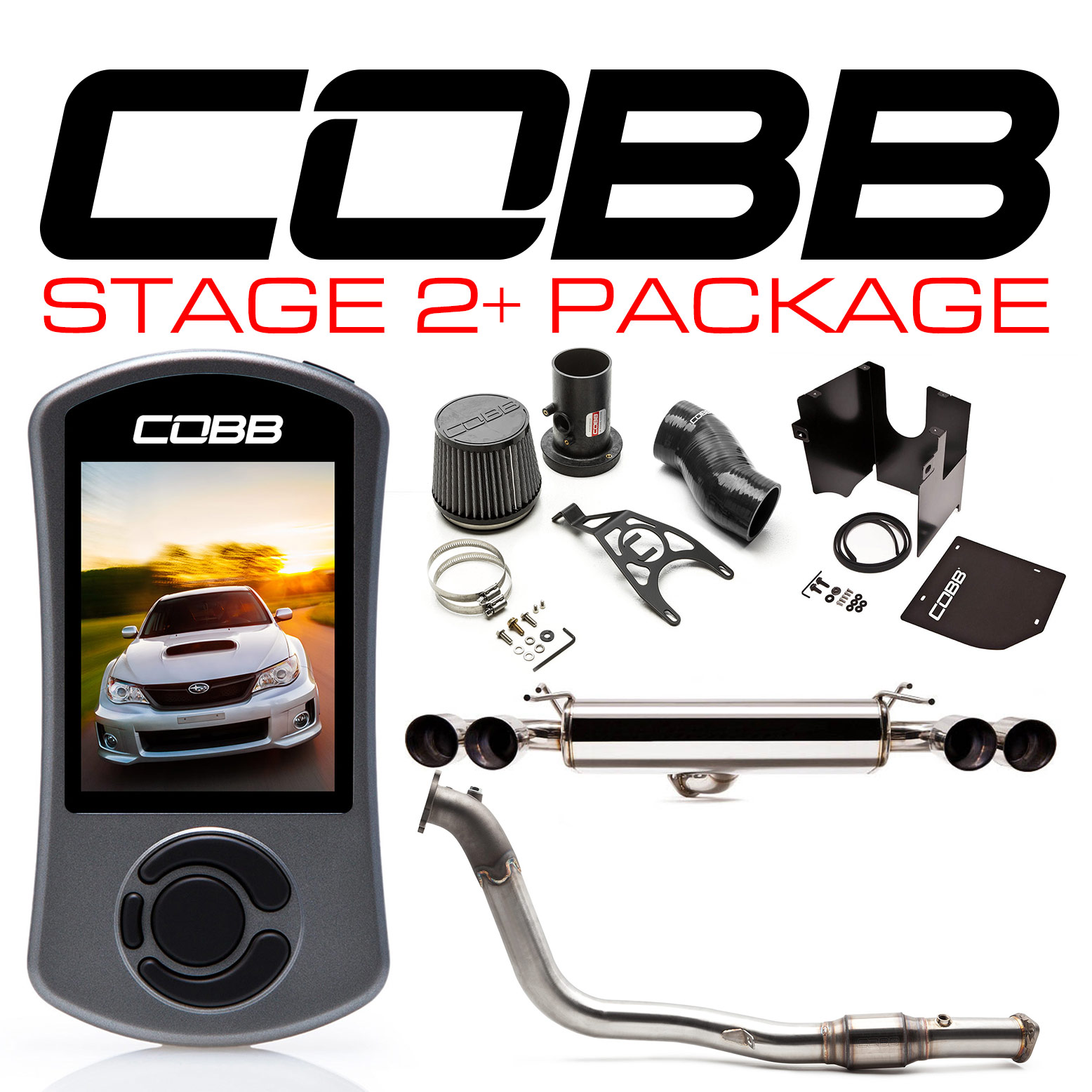 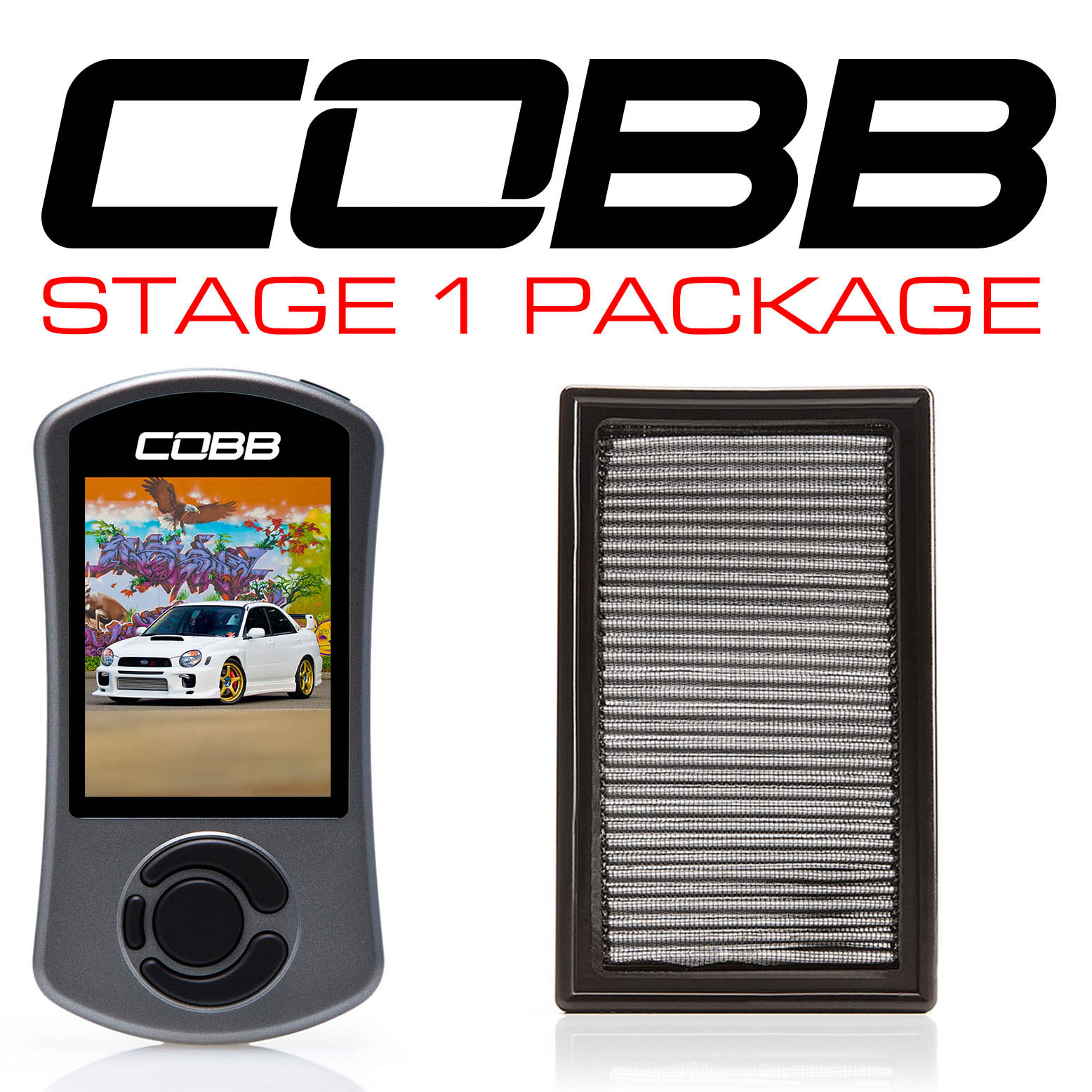 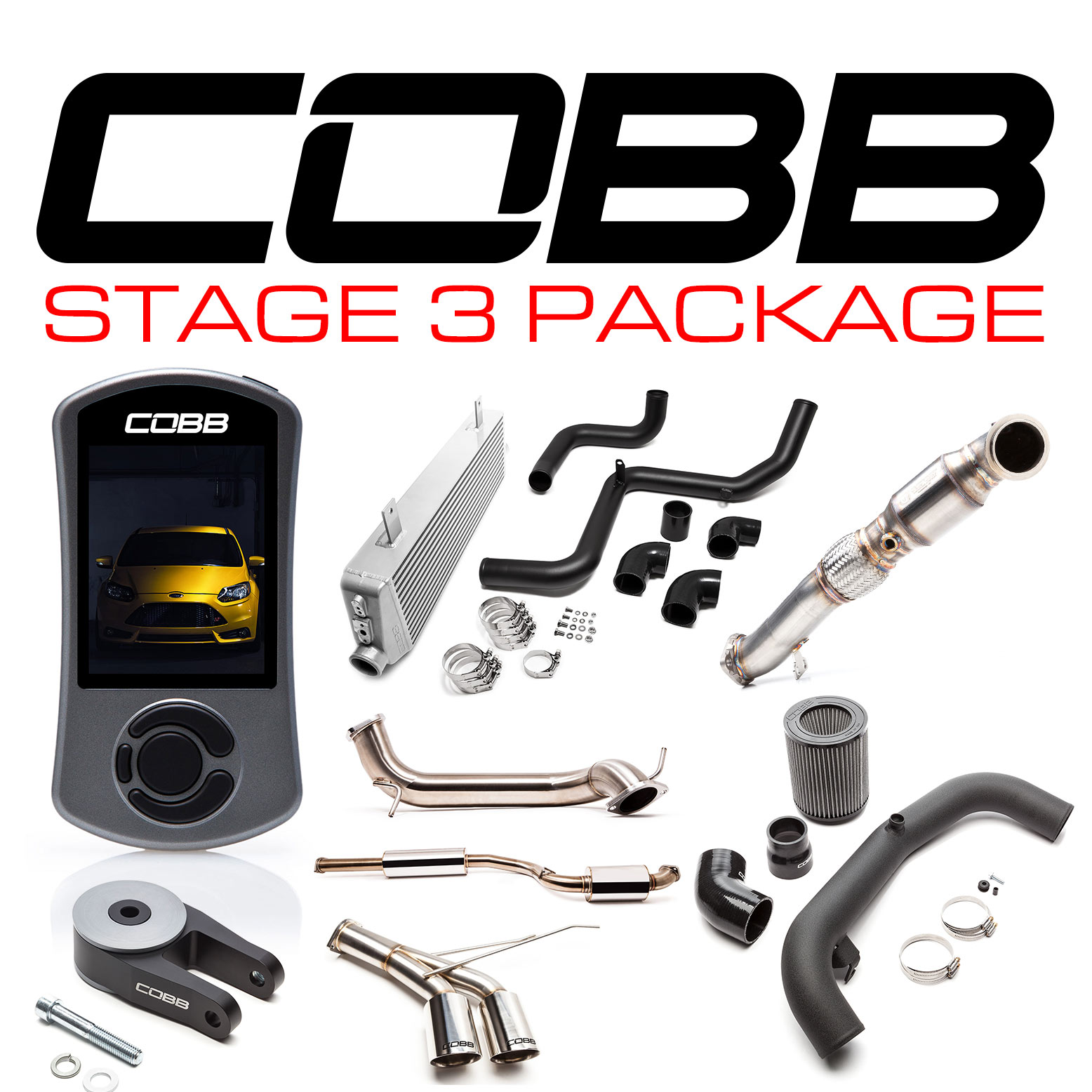