Since their inception, one of the great mysteries of the 2008+ STI has always been the issue of the “2800 RPM” stumbles. These stumbles most visibly demonstrate themselves as a high positive fuel trim (AF Correction #1), indicating a lean air-fuel ratio. One of the results of this phenomenon is noticeable stumbling or interruptions in power delivery, especially under light loads and normal “cruising” speeds. The stumble comes from the intermittent lean misfiring and the overall inconsistent fueling. While not immediately harmful, this often causes an annoying feel for the driver and passengers and greatly decreases the overall quality of the daily driving experience.

From the factory, Subaru attempted to address these lean misfire events via a tuning or ECU-side workaround. They used positive values within a “Load Compensation” table to increase the final Calculated Load value, which has the net effect of artificially increasing fueling, as injector pulse width will be increased to match the new faux Load value. With careful tweaking or mathematical analysis tools such as that offered by the “Airboy” Spreadsheet from Sunny Lo of Airboy Tuning, these tables were able to be more closely refined, but the underlying problem (and intermittent demonstration of that issue – stumbling) was still present.

In the aftermarket, via pragmatic and observational testing, it was determined that changing or replacing the factory “octopus” style fuel pressure regulator system to more closely match the 2004-2006 STI helped alleviate the issue, sometimes to an almost undetectable level.  This gave strong indication that at least part of the issue was caused by a fuel system pulsation, which can occur for a variety of reasons.  Injector Dynamics, one of COBB’s technical partners, has a fantastic video from one of their seminars that gives a great description of fuel system pulsations, their causes and potential fixes.  Watch this video before reading onwards:

A few years ago, COBB released a high quality Plug-and-Play fuel pressure regulator kit for the 2008+ STI to perform the aforementioned conversion to the earlier style plumbing.  While not a perfect solution, it did help to greatly lessen the issue, especially on cars with stock or near-stock sized injectors.  However, it seemed clear that there were more underlying causes of the stumble, so more data was obviously needed if we wanted to further resolve this issue.

One of the issues with trying to identify or visualize a pulsation is that they can occur at very high speeds, meaning that sample rate and filtering rate are critical to the overall usefulness of the data collected.  For this reason, we chose to utilize a high-speed external data acquisition device that is capable of up to 1000 Hz to facilitate this testing.

COBB now has an update available for our Fuel Pressure Regulator kits that relocates the FPR’s Manifold Reference (vacuum) signal.  This kit is only required if you already have the Fuel Pressure Regulator Kit installed, all kits ordered from COBB Tuning will now come with the appropriate hardware to relocate the reference line.  We want to take you through a bit of the testing and the data we reviewed as part of developing this update.

Using an in-house 2013 STI, we performed a series of data collection experiments here at COBB Tuning Surgeline in Portland, OR.  Based on the Injector Dynamics video hosted above, the goal was to determine if a fuel system pulsation existed, and what the potential causes might be.  By logging Manifold Absolute Pressure, Barometric Pressure and Fuel Pressure, we were able to calculate “Differential Fuel Pressure” and display it as a math channel within the AEMdata software analysis package.  Differential Fuel Pressure is calculated as follows: “Fuel Pressure – (Manifold Absolute Pressure – Atmospheric Pressure)”.

For data collection, a series of wide-open throttle dyno runs from 2000 RPM to 6700 RPM were performed.  This provided the most easily repeatable set of conditions for the testing.

It was immediately apparent that the raw Fuel Pressure signal was “rough”.  Here is a graph showing Fuel Pressure in the initial testing configuration:

So, how about the Manifold Absolute Pressure reference?  Again, not looking great here:

While some of this could be easily dismissed as “noise” within the logging system, or the analog to digital conversion within the logging hardware, it was clear that something else was going on here.  But…what?  The shapes of the MAP and Fuel Pressure signals clearly followed each other, as expected, including the general overall jitter.  Was the rough MAP signal causing the fuel pressure regulator to generate this fuel pressure oscillation by essentially “asking” it to do so?  Better yet, what could potentially cause a Manifold Absolute Pressure oscillation only on the 2008+ STI?

To test the theory, we moved our Fuel Pressure Regulator Manifold Reference signal to be tee’d in with the OEM bypass valve reference hose.  The nipple for this is located in the plenum of the intake manifold, under the throttle body and very close to the same location as the 2005 STI Intake Manifold pictured above.

The outcome was startling, to say the least!    Here is our new raw Fuel Pressure signal after the simple hardware swap.  Visually we can see that the amplitude of the wave is much lower overall:

So, did this change occur because of our new FPR Manifold Reference?  The logged data says: YES!  Compared to our earlier graph, we can again see that all samples are in a much tighter grouping:

To generate a final comparison, we took a look at our overall Differential Fuel Pressure, which is the effective fuel pressure at the injector after boost is accounted for.  Here is Diff. Fuel Pressure graph using the stock 2008+ reference location during the initial test:

Here is the data using the new plenum-based FPR reference location.  Not only can we now see that overall differential fuel pressure is much less volatile at WOT, fuel trims are now much tighter (closer to zero) in the previously troublesome cruising ranges around 2800 RPM.  Mission accomplished!

In this case, we were victims of a very small but significant packaging-based hardware change made by Subaru.  Fuel system pulsations can be caused by many different sources, some of which are actually under our control.  By collecting data that could be easily compared visually, we found that one of them – the intake manifold pressure reference for the fuel pressure regulator – contained an unnecessary amount of noise (deviation from the averaged plenum pressure) due to its physical location on the manifold.  The intake manifold reference itself was causing a fuel pressure pulsation by simply telling the fuel pressure regulator to follow along with it, as the FPR is supposed to.  By moving the manifold reference to the plenum, an area of the manifold that is shared by all cylinders, the noise within this pressure reference went down, resulting in less fuel pressure variance.

In the future we may move beyond this visual style of data analysis and go one step further into quantified analysis, such as looking at things like the standard deviation of the sample group and what speed(s) potential pulsations are occurring at.  For now, we’ll take this as a victory and keep pressing on to look for any additional improvements that can be had short of significant hardware changes, such as removing the metal fuel lines or adding pulsation dampers.

I recently purchased a 2013 STI hatchback with 12500 miles on the odometer in Jan 2017.
I have since upgraded to the Cobb Stage 2+ kit running the latest 93 octane maps. I have this 2800 RPM stumble very prominent in my car.
Should I move the fuel pressure reference line as you have discussed in this blog post? Also if I upgrade to the new fuel lines is there a map available for this or will I also need to spend $500 on a dyno tube to fix this issue.

Hi Greg! Relocating the reference line can definitely help to improve the stumble you’re experiencing. No tuning changes are required, I would recommend performing an ECU Reset using the Accessport to clear learned fuel trims after making the change.

Thanks Marshall. I will order the reference kit.

With that said I guess it really is necessary to have a dyno tune for the fuel line pressure regulator swap?

Also are their any plans to come out with off the shelf maps for Cobb flex fuel with stock turbo?

Hey Greg! My apologies, I didn’t reply to your second question in your last message. If you were to install the complete Fuel Pressure Regulator kit I would recommend a tune. The car would likely perform just fine during wide open throttle situations but you may see higher than desired fuel trims during normal driving. We do not currently have plans to offer a Flex Fuel OTS map however we will be releasing updated Stage 3 OTS maps supporting 1050x injectors and upgraded fuel rails/lines in the near future. 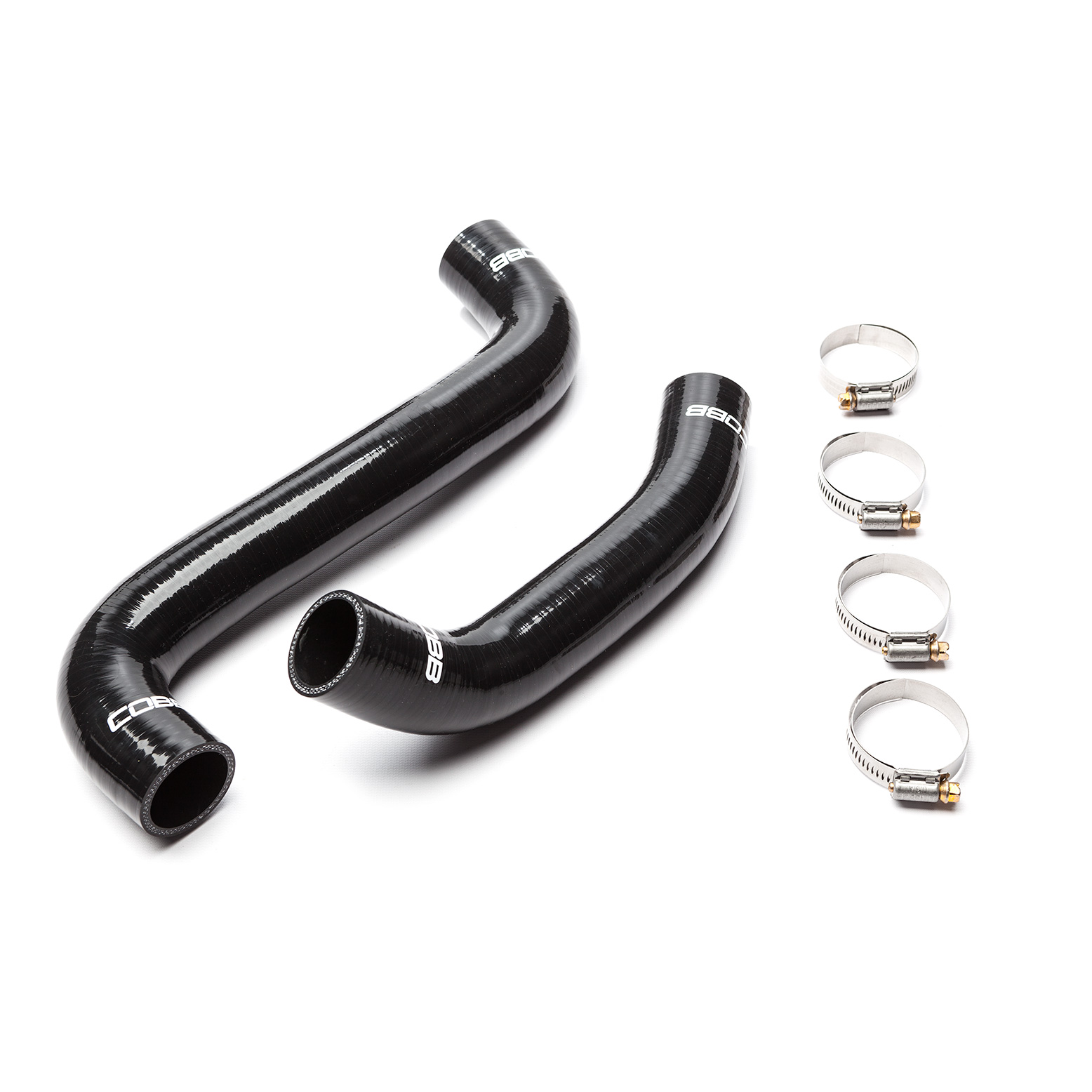 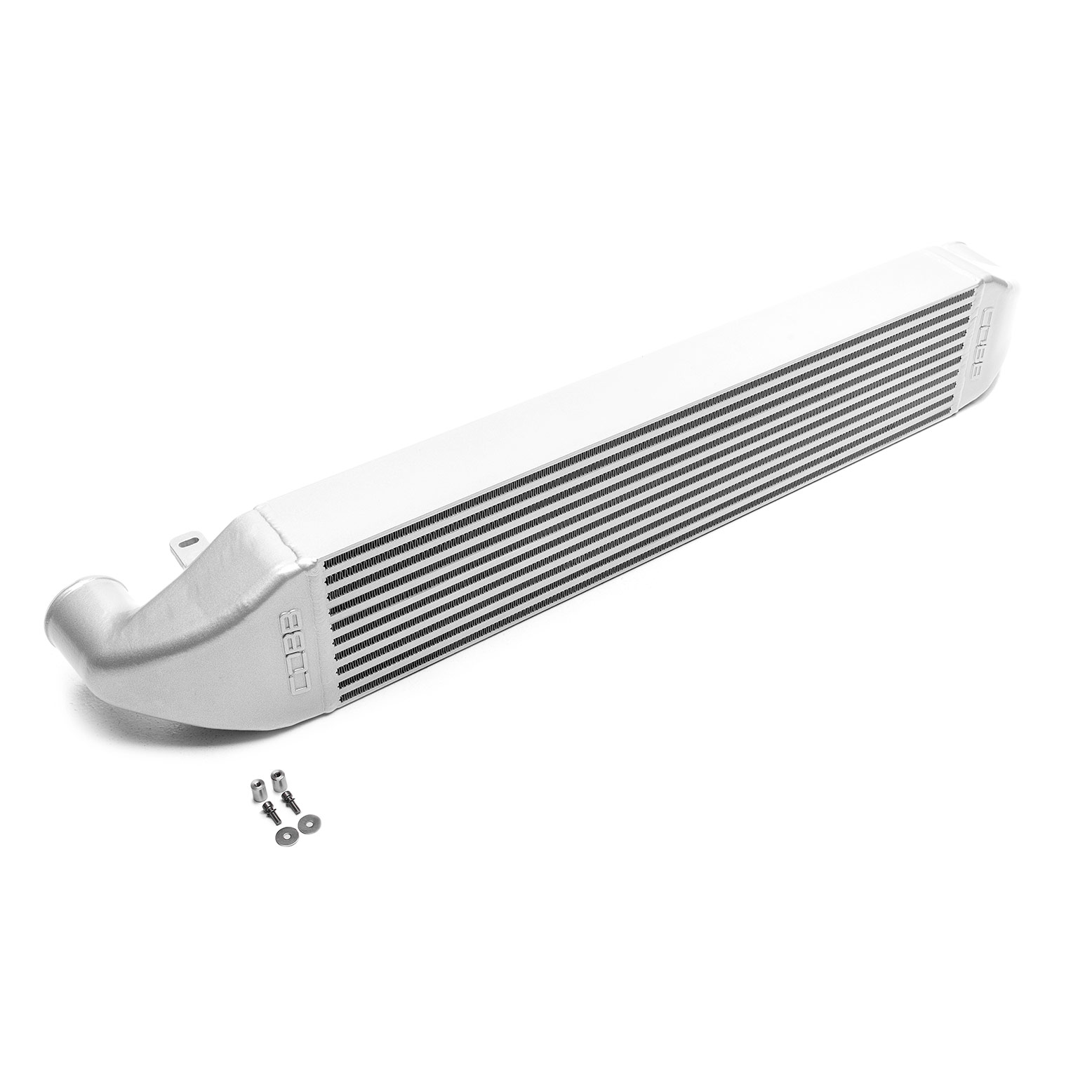 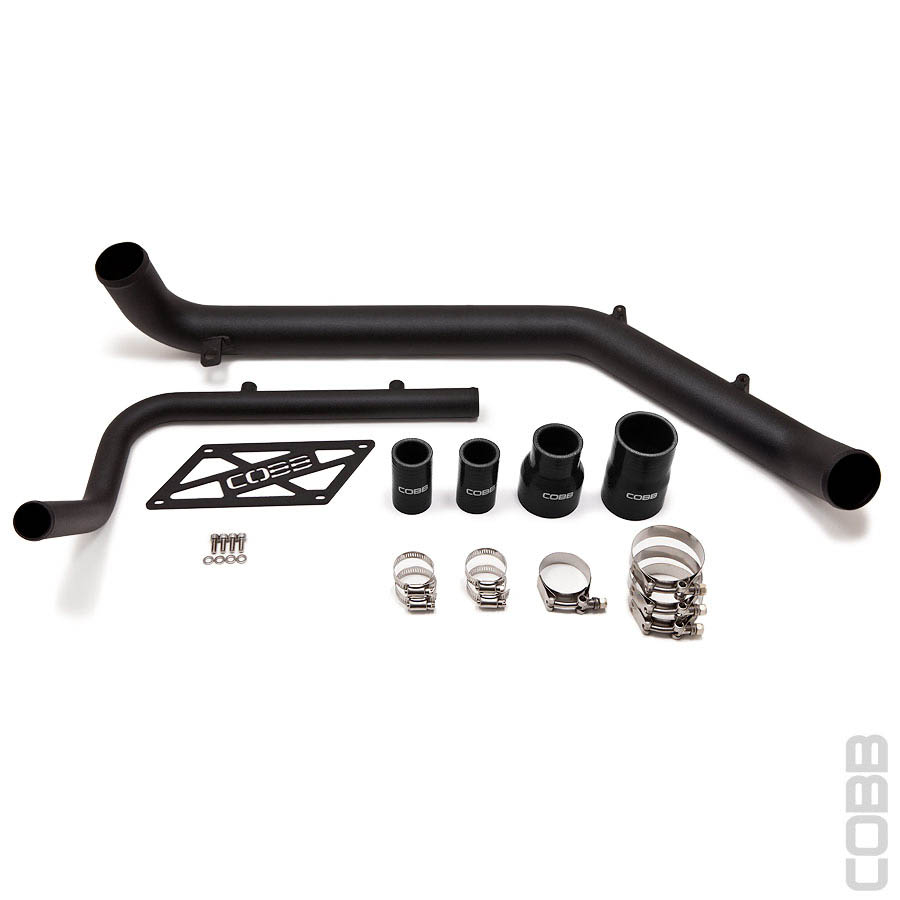 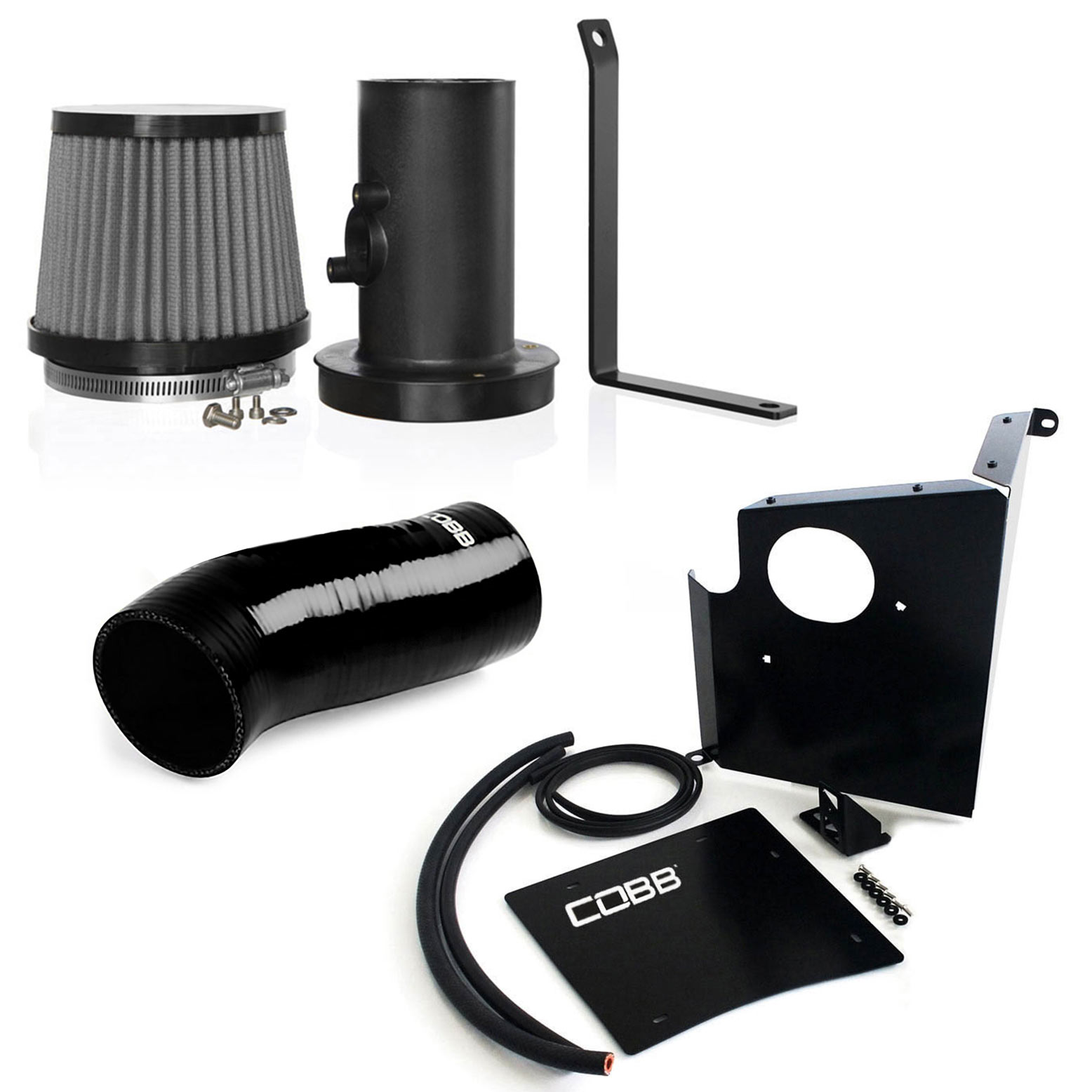